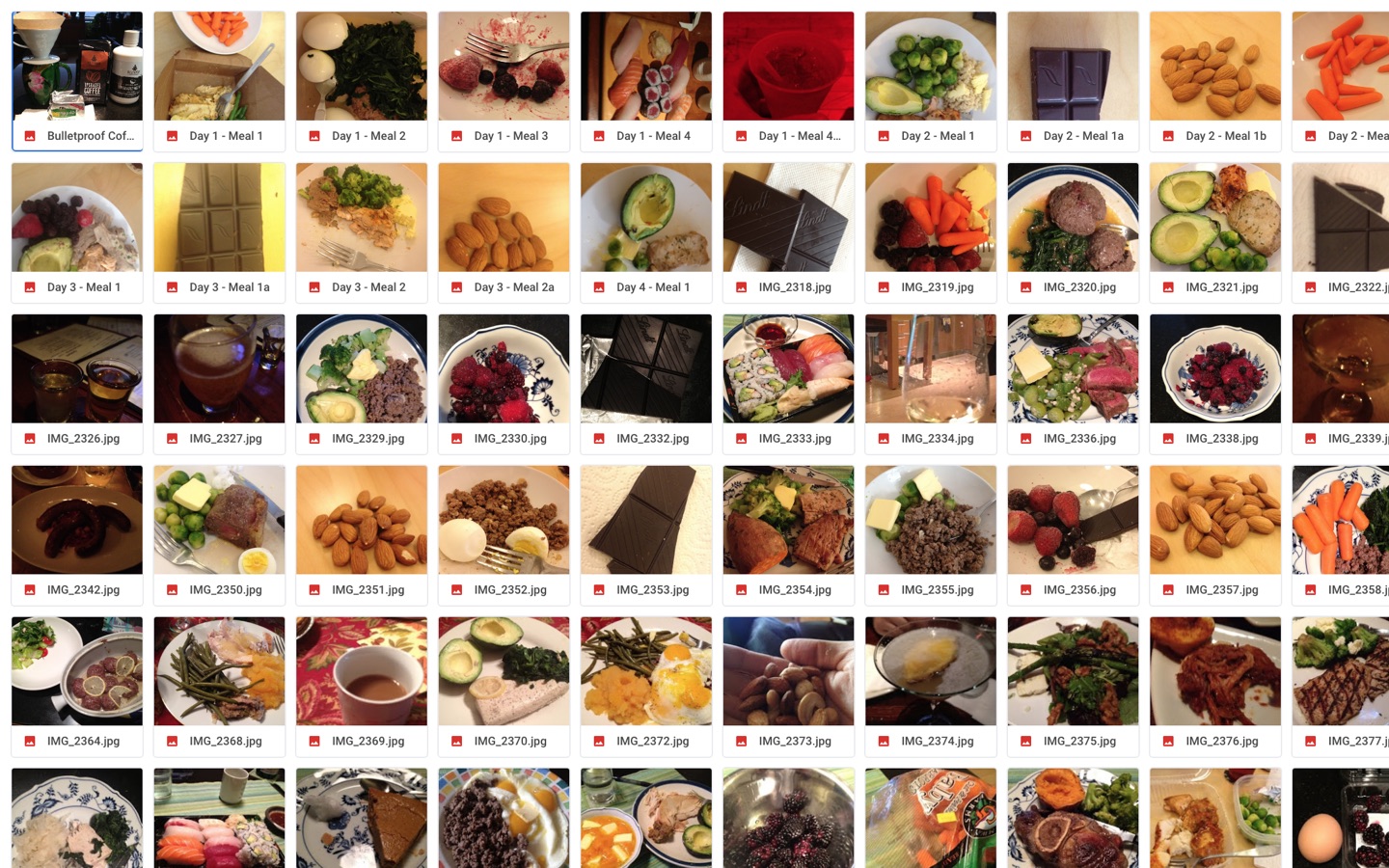 In this post I share my initial experience after deciding to try out the “Bulletproof” diet (back in 2013!) and document my experience adapting to a high (healthy) fat, low carb diet. For those of you who haven’t read my previous post, basically the Bulletproof Diet could be called an “upgraded” Paleo diet. The premise is simple – eat a high (healthy!)-fat, low carb diet, getting 50-60% of calories from healthy fats, 20% from protein, and the rest from vegetables. A major difference between Bulletproof and Paleo is the attempt to minimize toxins from the diet which are thought to play a major factor in inflammation.

Before beginning, I scheduled a blood panel through InsideTracker, to establish my baseline “before” biomarkers. It had been 5 months since my previous round of bloodwork, during which time I attempted to correct several problematic areas and reset my metabolism by stopping going to the gym 2 months prior and supplementing calcium and vitamin D (my elevated Creatine kinase level was an indication I was overtraining!).

My “before” blood results showed that while I had gotten my creatine kinase and vitamin D levels back in the “optimal zone” and added over 200 points to what was an extremely low (but was still low) testosterone level (due to, I believe, previous overtraining plus stress plus eating a very low-fat diet), there were still several biomarkers that weren’t optimal (extremely low white blood cell count, slightly elevated LDL, slightly low HDL, low hemoglobin, not “optimal” testosterone) and I was hoping the Bulletproof diet could impact.

Click here for more specifics about the Bulletproof diet. For 30 days I tried to stick to the prescribed diet plan as closely as possible, staying with foods on the “green” end of the spectrum:

My diet essentially consisted of the following staples: 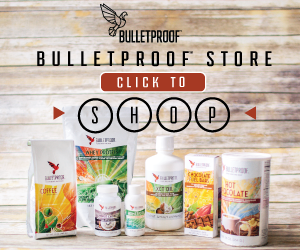 While searching for local sources of grass-fed beef, I found a butcher in my neighborhood that sourced their meat from a farm in upstate New York. While not the cheapest solution (versus ordering directly from a farm and having it freeze-shipped), it was definitely the most convenient.

I would get more ambitious with recipes on the weekends (braised short ribs!), but during my busy work week I’ll admit things got a bit monotonous and I would resort to eating a few of the same dishes over and over (ground grass-fed beef/slow-cooked eggs/grass-fed butter/spinach).

I also began each day with 2 cups of “Bulletproof Coffee”, which is a mixture of high-quality, low-toxin coffee, grass-fed butter, and MCT (or coconut) oil. While it may sound nasty, I can assure you that if you blend it with a hand held frother, what you end up with tastes like a really good latte.

(a note about MCT oil – if your body isn’t used to it, start with a smaller amount and consume it slowly, otherwise you may be in for an “explosive” surprise!)

I also incorporated intermittent fasting, whereby you consume most of your calories during a very small window, typically 6 hours. In other words, you would consume all of your meals between, say, 2pm and 8pm. By restricting carbohydrates, your body goes into ketosis, and will eventually adapt to use fat as its primary source of energy instead of glucose. You can learn all about intermittent fasting at Leangains.com.

Because Bulletproof coffee is only caffeine plus saturated fat (butter/MCT oil), you get to “cheat” by giving your body a boost of energy and staving off hunger, but remaining in a ketogenic state.

After not exercising at all during week 1, I worked out exactly 7 times over the remaining 23 days, for no more than 25 minutes per session, sticking to the plan as prescribed Bulletproof exercise guide, which focuses on superset of super-slow, “big five” super-slow, compound movements (read Body by Science to learn more).

For those of you familiar with Four Hour Body, this could be considered “Forty Minute Body”.

While I love the premise of less-frequent, shorter-duration, higher-intensity workouts (CrossFit, anyone?), I never felt like I could push things hard enough with these workouts (since I was working out by myself so could only get things to about and 8 or 9 effort out of 10), and definitely felt there was a lack of core exercises (abs, lower back) so would end each workout with a few extra sets of sit ups and crunches… shh!).

I did zero cardio other than a few recreational soccer league matches.

My daily supplement routine consisted of:

Let me make one thing perfectly clear. I love beer. I also prefer a full-bodied Cabernet to a dry white wine. Unfortunately, both beer and red wine reside on the “red” end of the Bulletproof spectrum (because of fermentation, being unfiltered, mycotoxins, yada yada).

So, during the week I would have an occasional glass of dry white wine with dinner. I’m not sure if it was the lack of carbs in my diet, but after a month I felt like tolerance had dwindled, and while I could enjoy an occasional scotch or a gin martini, drinking a beer was no longer as pleasurable (maybe that was a psychological effect because I knew I was going “into the red”!)

I made a follow up appointment to have my bloodwork done the morning after day 30, and below are my before and after numbers:

Getting my follow-up blood results and seeing my skyrocketed cholesterol level was a bit of a shock. But that pain in my chest wasn’t my arteries hardening, but rather the stress I was feeling dealing with the news. Before putting myself on statins, I started digging around and doing more research into the short-term effects to switching to a bulletproof/paleo diet. I found it was common for people’s cholesterol levels to spike in the first 90 days, and even beyond that, people are saying that total cholesterol should not be taken as an indicator of problems, but rather specific ratios, such as:

I was able to increase my testosterone level by 35% in 30 days, and finally get my level back into the “optimized zone”! While it may sound surprising, the reality is you need cholesterol to manufacture testosterone, so the correlation with switching from a low-fat diet and  my increased cholesterol (54%) levels makes sense.

There were some noticeable changes after just the first week, but that was mostly the loss of water weight (i.e. cutting out carbs and gluten). The rest of the way was fairly gradual/steady and overall I lost about 2% BF after 30 days.

Note that I stopped any strength training for 2 months prior to the “before” (I was in really good shape prior, but was ‘overtrained’). And again, I only worked out 7 times over the 30 days (the “Body by Science” super-slow 25-minute workout). So, overall I was happy with the physical changes in just 30 days, but I’ve still got a ways to go!

Just as important as quantitative results are qualitative observations, some of which are things I never expected nor realized until after my experiment:

It’s been about a month since my experiment concluded, and I’m happy to say that I’ve continued keeping with the diet. I am now working on ways to continue tweaking/hacking it to get the most out of it (better cooking techniques, finding new recipes, removing or upgrading/replacing certain supplements). I will be seeing a doctor to review some of my odd biomarker readings (low white blood cell count and hemoglobin) and to keep an eye on my cholesterol levels (seeing if my ratios continue to improve and my total cholesterol goes down over time as my body continues to adapt).

I also plan on incorporating CrossFit later this month, so can’t wait to start adding in more high-intensity exercise (will need to them work in more carbs). Stay tuned!

Click here to see my Bulletproof diet results after 1.5 years! 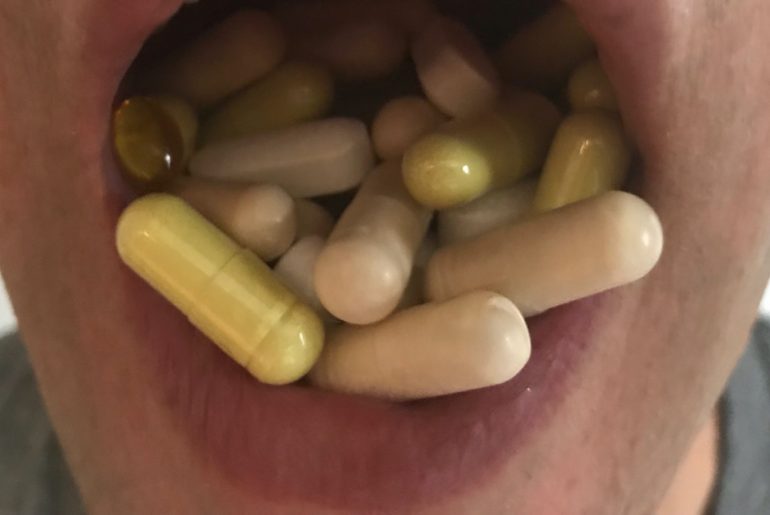